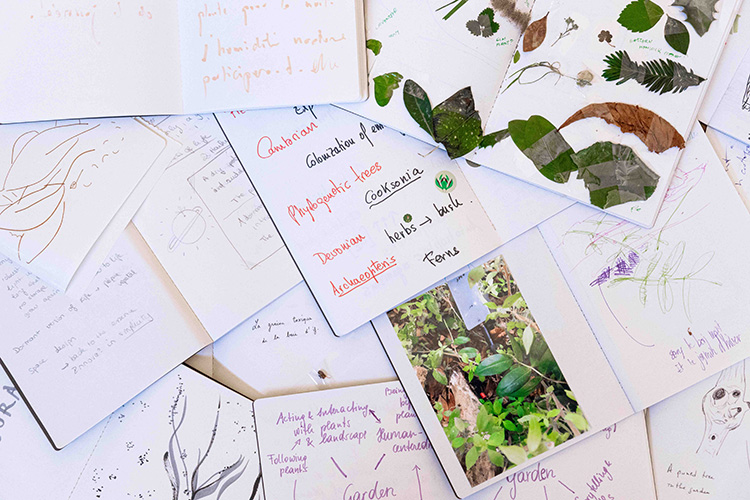 In the Intimacy of a Private Suburban Garden

[Ma] How can we tell a story about a garden?
What is the story we are telling?
Who are we telling the story to?
What are the elements of the story?
A cartography to tell a story?

[Bu] Alphonse Allais, a French journalist, writer and humorist from the 19th Century wrote that we should “build cities in the countryside”. What was a funny and ironic oxymoron may find some sort of realisation by reversing the proposition, that is vegetalizing cities.

In Barcelona, it took place in a middle sized public historical botanical garden, populated by majestic plants of all sorts surrounded by the equally majestic historical buildings of the University, with the rumor of the city in the background.

In Linz, the garden was as well a public one, but bigger and brand new, at the edge of the city, woods and meadows, surrounded by the contemporary buildings of the University of which it is part of. It reflects current conception of what such a garden should be, with some trees, grass, and a variety of plants that look pleasurable for both humans and insects but organised in neat and mastered flowerbeds.

In Paris, the garden was a tiny chaotic private suburban one.
For any city dweller, at least for any parisian, such a place is in-between a priviledge and a miracle, the one of having a private outside space with plants at one’s home in this densely built city. At least, this is how I saw it.

Considering that Roots & Seeds was dealing with biodiversity crisis and plant resistance, I was extremely curious of how the participants would approach it, how they would consider those “urban plants surviving and adapting to this unfriendly environment” and perhaps turning it into a more friendly place for humans.

The instructions that I gave them were simple: do a cartography of the garden, how you see or read it, based on your professional background or personnal point of view, or both.
The answers that are woven together in this publication show that this garden is much bigger than its size and the host of many stories and worlds that can be told in multiple ways. They made me look at it in renewed perspective.

Many more and a much varied number of vegetals that I had imagined to inhabit such a small garden were listed and documented.

A garden is about plants, it is of course about other living creatures, but also about minerality with the paths or those bricks that no one knew what their use could be; and it is full of human-made objects, among which plastic ones.

This garden, although not a vegetable one, has got edible plants! What a surprise for me —and probably for the owners— as I thought there were only ornemental ones.
We discussed the evolution of the social status of vegetable gardens. Designed to provide food, they used to be considered more lower and popular classes gardens, specially in cities or suburban environments for instance with the so-called “workers gardens”, whereas ornemental gardens, viewed as “useless” and only for “pleasure” were upper classes’s ones. This may be changing when growing your own, organic food becomes a priviledge and an activity invested by upper and upper middle classes.

An improbable and misloved garden , but a resilient one: if there is a point of view shared by all the participants about this garden, it is that it faces some “problems”. Let say that it lacks some gardener’s skills… On top of which it had to suffer from renovation work being done to the house and other temporary issues.

A garden is not only how it looks in the present tense, it tells stories from the past, through some fossiles along its paths and through its plants; stories about the plants of course, but also about the Humans that own it.
A private garden is an intimate place that, like the interior of a home or books on bookshelves, reveals a lot about who is living there. 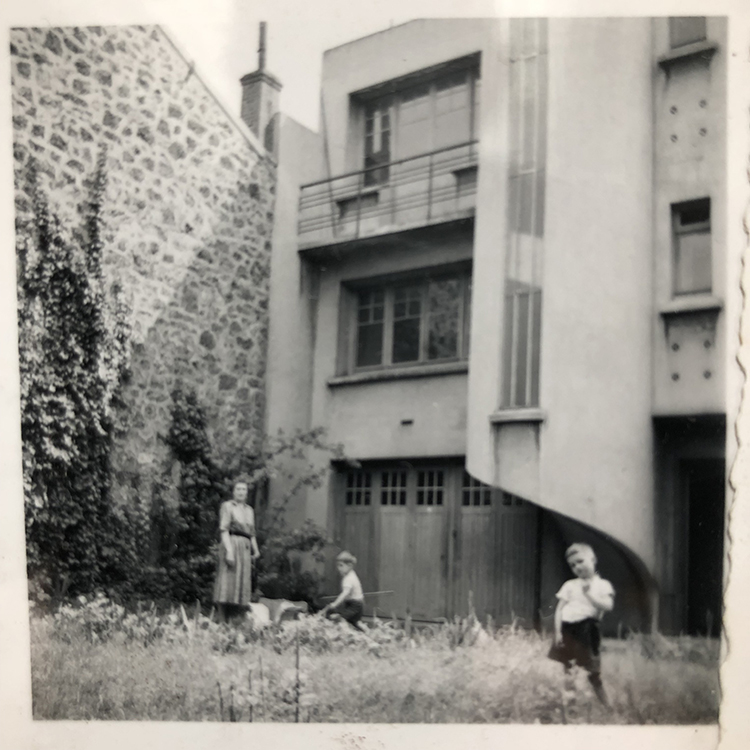 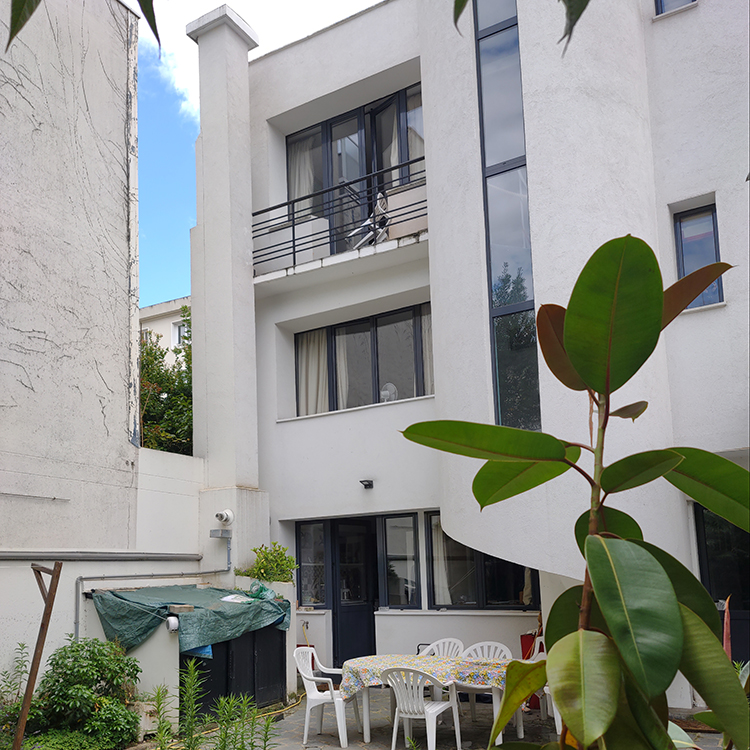 This cartography is missing the perspective of the family and of those who took care of it. But this created a sort of fruitful “void” around which all the participants stories could unfold.

There is not such a thing as a “wild” or “natural” garden. This is a fiction, probably based, at least in the West, on the Garden of Eden, this paradise that we have lost, reinforced now by the idea of a possible and necessary respectful relation to our environment. But gardens are made by and for humans. I liked that some of the participants included in their observations about this garden the observers themselves, us Humans. 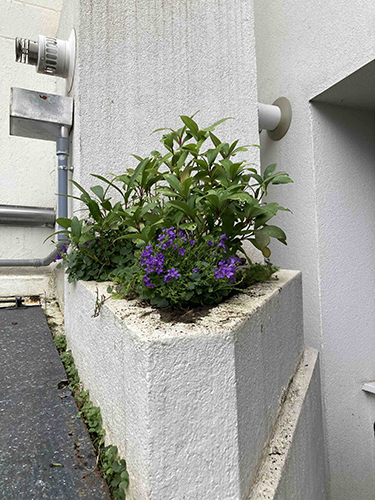 At the end of the workshop, we planted a bellflower as a gift to the garden.

[Va] I don't know if with these days we will have changed the world
- well, I do know: no! but I have no doubt that participants have learned and transmitted ideas in the sense of integrating nature and culture to progress in the knowledge of biodiversity
—to which we belong and which we manage—,
in its conservation and in its sustained and sustainable use.

Roots & Seeds XXI. Biodiversity Crisis and Plant Resistance is an international cooperation project between Ars Electronica (AT), Leonardo/Olats (FR), University of Barcelona (ES) and Quo Artis (ES) as lead partner. It is co-funded by the Creative Europe Programme of the European Union. Leonardo/Olats has the support of the Daniel and Nina Carasso Foundation.

Project developed with the support of the Creative Europe Programme of the European Union.