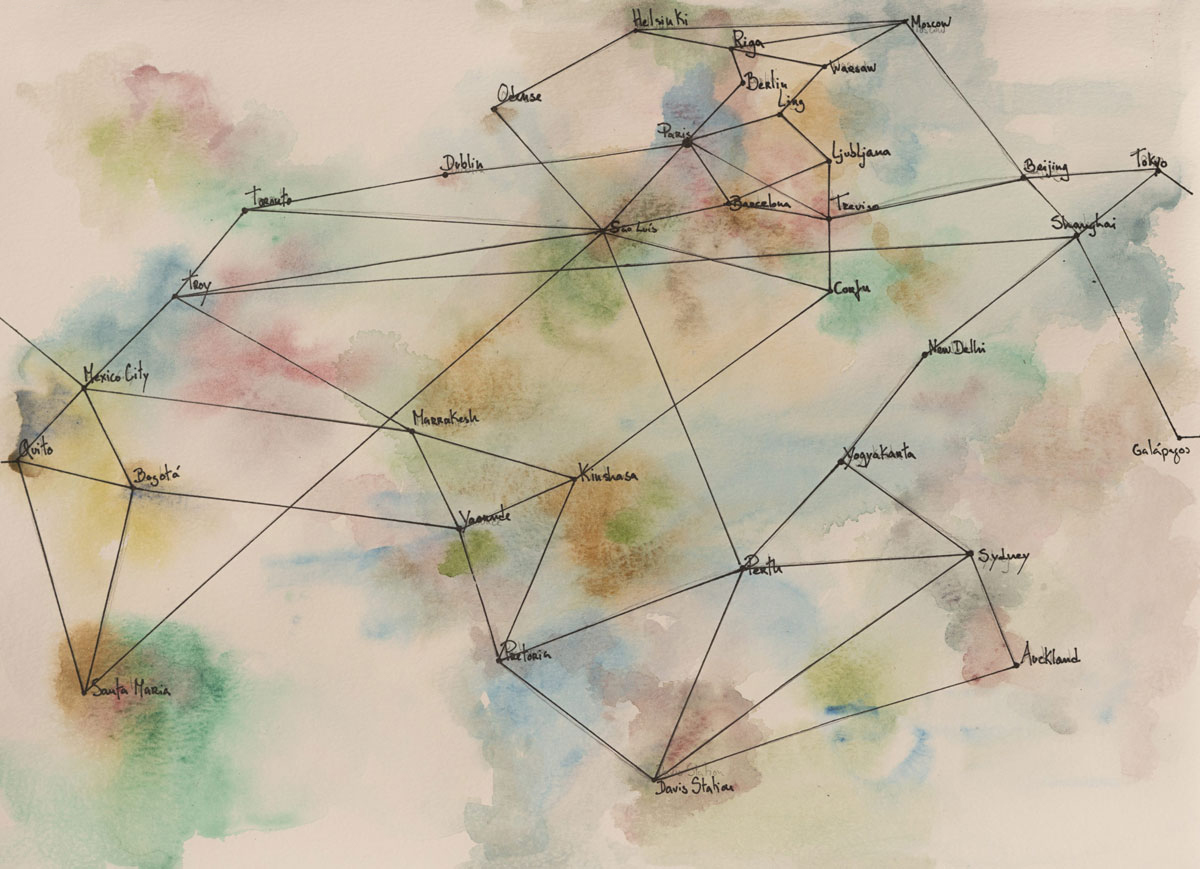 The Veridical Travel Around The World of A True Imaginary Plant traces the voyage of a plant —real, artificial or fictitious— around the world, telling its own story, the stories of other plants and living creatures (other than human and humans) it encounters, of whom and what it meets.

It is the umbrella title for a series of new artworks and events taking place in different times and locations around the world under the direction of the diverse participating organisations and curators.

The travel is structured around a common basis and rules with common outputs but each participating organisation is free to interpret the project, choose the artist(s), the format of the event(s) it wants to organise and the outputs it finds relevant and meaningful. It is open to all kinds of aesthetics and artistic mediums.

The Traveling Plant project intends to avoid anthropomorphism and anthropocentrism but to present the point of being and point of view of the plant about itself and its surroundings. It will unfold over several years, in a slow process, in line with plant rhythms.

In The Traveling Plant Video Tour, the Seeds Curators and Artists, joined by a philosopher, present the project, it’s different dreamt routes and hopes, to the imaginary plant and the public, through a tour in an urban garden, an Italian garden, an underwater garden, an hydroponic greenhouse, and more.
Participants: Annick Bureaud (FR); Tatiana Kourochkina (ES/RU); Marta de Menezes (PT); Claudia Schnugg (AT); Robertina Šebjanič (SI), and Michael Marder (PT/ES).