The Alien Colony | A time-travelling warning for senecio inaequidens 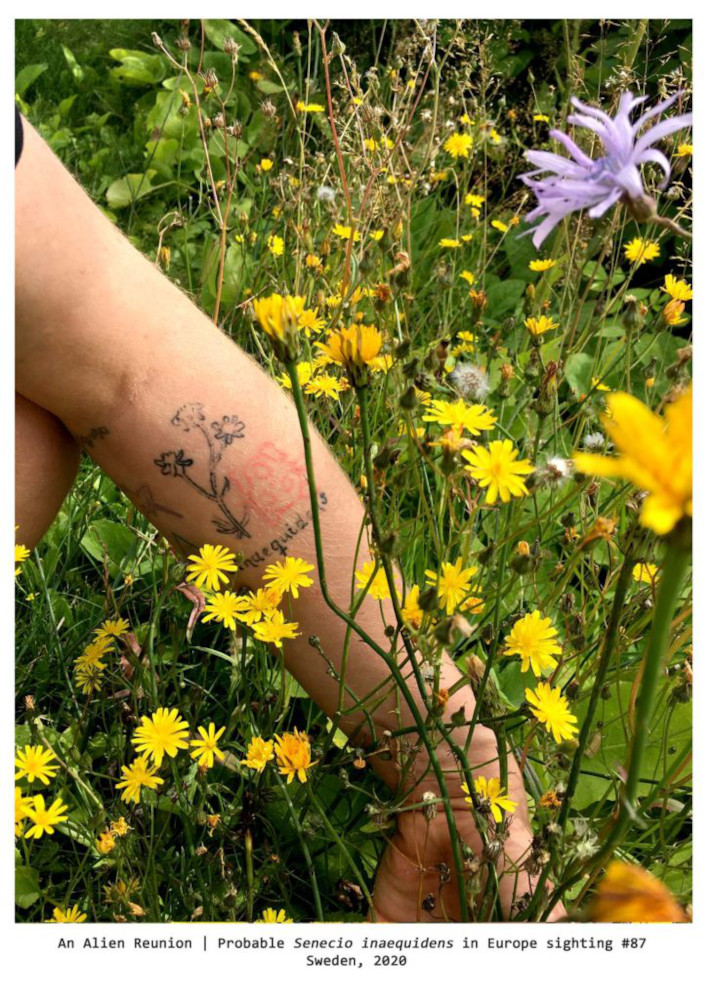 Before the Europeans steal the uKhahlamba, your names are inkwandlankwandlane, inkondlonkondlwane, impondlampondla, isonki. To maximise colonial exploitation in the area, your habitat will be converted into grazing land for sheep. The wool industry in Europe will boom. Your wafting achenes will get lodged and camouflaged in sheep wool, and sent to factories in Europe to be processed into textiles, where you will germinate.

You become the instigator of much taxonomic confusion, and will be incorrectly identified, often. Eventually the European Scientists settle on the name senecio inaequidens. Around the year 2000, your new homes will be noticeably warmer, making it more comfortable to flourish. You will be branded a neophyte; an alien from the New World. By 2010, you will be considered an Invasive Alien, who has effectively colonised the European Landscape.

The environmental warmth which has aided your opportunistic proliferation, they say, is due to the crude waste from the violent culture of Western Industrialisation – the same culture which brought you here. The Europeans are very concerned about this warming, but seem to have forgotten the violence you have seen and of which you have become a trace. Hang in there; we will need you as a witness.